I write creepy books for children.  The four novels of my Thickety series have received numerous starred reviews and other accolades that make me feel shiny inside, including a Children’s Choice Award for Best Debut Novelist. My most recent novel is Gravebooks, the sequel to Nightbooks.

Where were you born?

I was born in Staten Island, New York.  Technically it’s part of New York City, but the neighborhood where I grew up had trees and grass and even the occasional squirrel.  Staten Island is also the birthplace of the marvelous writer Theodore Sturgeon, who continues to be one of my inspirations.  (His terrifying short story “The Professor’s Teddy Bear” sounds like a sweet and cuddly Christmas special.  It’s not.)

Where do you live now?

Now I live in New Jersey, in the house with windows and a front door.  It’s on a street between some other houses.  You probably know the one I’m talking about.

Did you always want to be a writer?

Yup!  I’ve been making up stories for as long as I can remember. My first bedroom was decorated with panda wallpaper, and I actually remember naming each and every panda in the room and giving them simple little personalities.  I would talk to them when I was supposed to be sleeping each night, probably asking them profound questions such as, “Why do parents make you eat yucky stuff?” and “Who gives their kid panda wallpaper anyway?” This desire to avoid the real world only increased as I grew older. 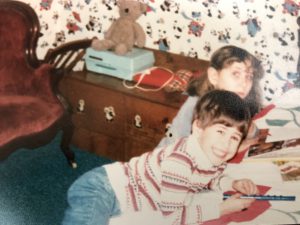 In my elementary school yearbook it actually says that my goal was to be a novelist!  In middle school I began writing really long stories about the kids in my class, culminating in my early masterpiece “The Attack of the Killer Cheese Whiz.”

Do you have any children?

My beautiful wife Yeeshing and I have three boys: Jack (20), Logan (14) and Colin (12).  Jack is a junior in college, Logan loves music, and Colin is obsessed with rollercoasters. 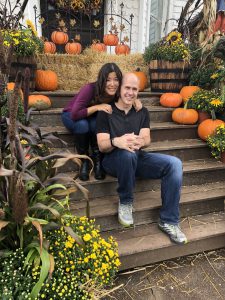 What do you do when you’re not writing books?

I’m a public school teacher in a nice little town in New Jersey.  When I’m not teaching or writing books, I help run a production company called Escape Goat Pictures.  We make silly short films and book trailers and stuff. I sleep from 3-6AM every other Tuesday.

Do you have any hobbies?

There are lots of things I love to do, but unfortunately I never seem to have enough time! Reading is my favorite activity, but I also love movies and video games (especially scary games or epic time suckers like Breath of the Wild or Persona).  I am a huge Mets fan!

Do you have any pets?

I LOVE animals, but I am somewhat allergic to dogs, very allergic to cats, and incredibly, mind-numbingly allergic to horses (if I come to visit your school, ask me to tell my tragic “Amish buggy” story).  We used to have a hamster named Ophelia, but she died a few years ago and now haunts our family room; in the middle of the night, we often hear the rattling sound of a spinning hamster wheel. 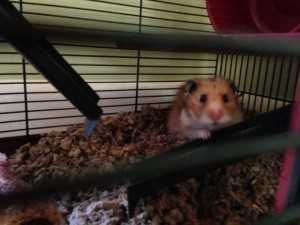 Raiders of the Lost Ark, followed closely by The Empire Strikes Back and North by Northwest. I love horror movies the most, though. My favorites include Suspiria, The Evil Dead, and Halloween (the originals, not the remakes). If you’re old enough to watch these movies, you definitely should!

Is there going to be a fifth Thickety book?

Alas, I don’t think so; the fourth book pretty much ends Kara’s story.  That’s not to say I won’t explore that world again at some point, though.  Stranger things have happened.

The covers of your books are awesome! Are you the artist?

Nope.  I can’t even draw a stick figure, let alone a book cover!  Fortunately, I’ve worked with some amazingly talented artists.  Check out the links below if you’d like to see more of their stunning work.

When is your next book coming out?

My next book I’m currently working on is a stand alone. Title and publication date will be released shortly.

How old should I be to read your books?

That’s a tricky question. My books have been read by kids as young as seven and grandmothers in their 70s! In general, however, I’d say the ideal age is 9-13.

My friend Cindy says your book gave her nightmares! Are your books going to give me nightmares too?

Here’s the thing.  Every reader is different, and what gives Cindy nightmares might make you laugh.  I’d say that if you enjoyed Coraline and the later Harry Potter books, you’ll be fine. I would definitely start with Nightbooks if you’re having doubts. Although The Thickety is as much a fantasy book as horror, it’s definitely a darker story.

If you’re a parent questioning whether or not my books are too scary for your child, please check my book reviews at www.commonsensemedia.org, a nonprofit organization that’s a great resource for parents.  They give a good overview of what story elements might be too intense for certain children:

Can I meet you?

How nice of you to ask!  Alas, I have kind of a hectic schedule, with the writing and teaching and parenting, but occasionally I peek my head out to see what’s happening in the rest of the world.  Check the “events” section of this website to learn all about school visits and other appearances!

Are you going to write a sequel to Nightbooks? 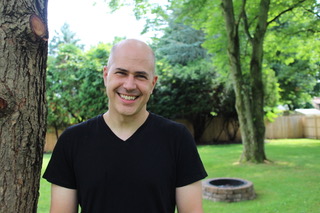 I am represented by the fantastic Alexandra Machinist at ICM Partners.

If you have any questions, you can fill out the nifty form on my Contact page.