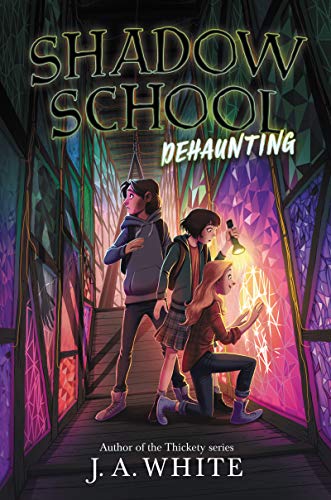 But her second year is already different. Ghosts are refusing to move on, the teachers are acting weird, and Cordelia’s best friends, Benji and Agnes, aren’t as interested in rescuing the ghosts as they used to be. Benji is busy hanging out with the girl he befriended over the summer, while Agnes spends all her time building a machine that might be capable of dehaunting the school forever.

Cordelia is the only one who believes that something sinister is happening right under their noses.  But what if it’s even worse than she could imagine?