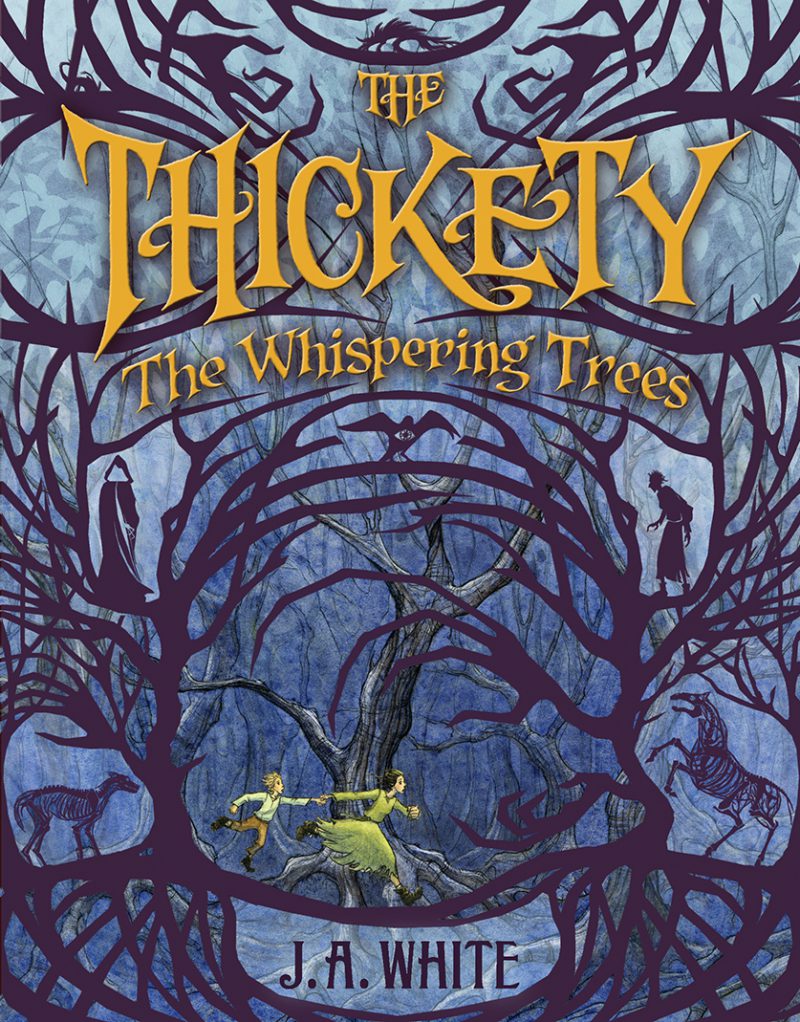 The Thickety: The Whispering Trees

In the Whispering Trees, Kara and Taff journey through the Thickety and find the dark forest to be more dangerous than anything they could have possibly imagined…

“With a plot that coils like a tangle of brambles…this sequel will keep readers invested in Kara and Taff’s adventures in this dangerous and imaginative world.”

“Crosses and double crosses abound in this second volume, and the twisted plot is perfectly matched by the twisted atmosphere. White has hit his stride in this follow-up to A Path Begins (2014), in many ways surpassing the series opener.”

“White integrates key details of the earlier novel with impeccable ease, so that new readers may be able to follow the story without having read the first book; this is such an exceptionally well-written and compelling sequel, though, that they’ll undoubtedly want to go back and see how it started, and they’ll join the existing fans in eagerly anticipating the next volume.”

—The Bulletin of the Center for Children's Books, Starred Review

“This title has all the ingredients—a doughty heroine and her admirable younger brother, an unreliable guide who can’t stay the same age for long, and a heavy “ick” factor—to keep readers glued to it.”

“The nail-biting suspense will keep readers turning the pages late into the night, and in Kara, readers will find a protagonist to root for.”